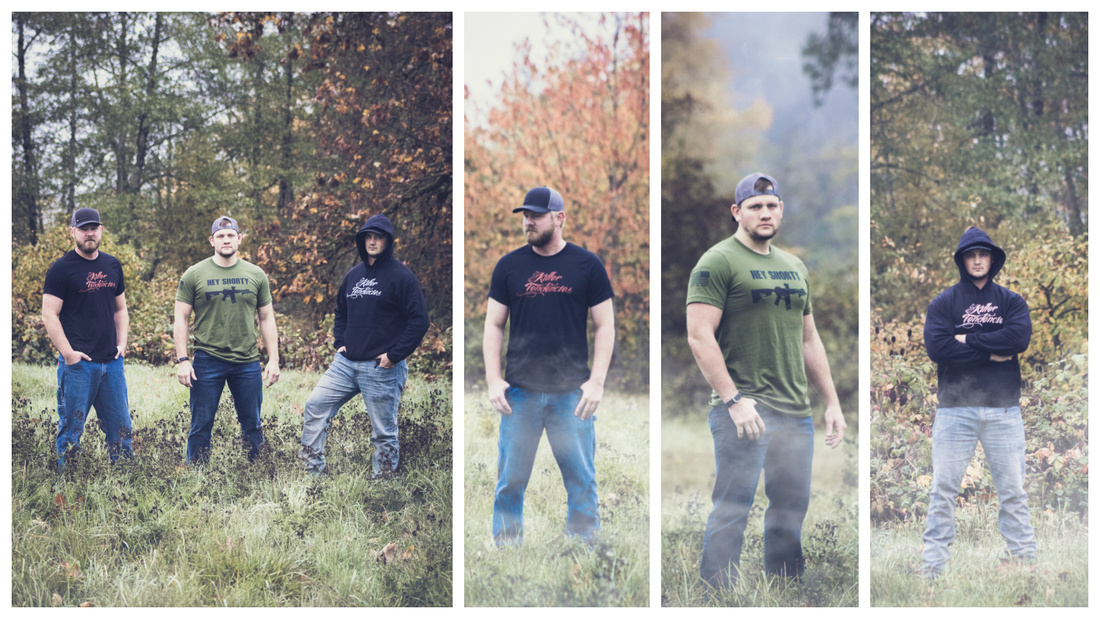 Who comes to mind when you think of someone who is Badass?  Okay, now hold that thought and let's take a step back and define Badass.

1. A tough, uncompromising, or intimidating person.

‘one of them is a real badass, the other's pretty friendly’

‘she is so wonderful, so sweet, so rad, so amazing; she's a badass’

‘this was one badass camera’

So now that I've typed up the word "badass" more than I think I've ever said it, here's the connection to one of my most recent sessions.

A few weeks ago mine and my husband's close friend, Kendall Jackson reached out to me to take some commercial photos for his company.  Many people see Kendall as a badass.  He is a fairly athletic fellow; he wakes up at ridiculously early times to run/workout/train, practices competitive mixed martial arts, builds weapons, and loves his fiance Amanda and their daughter Aria fiercely.  He's an all around good guy and a badass! 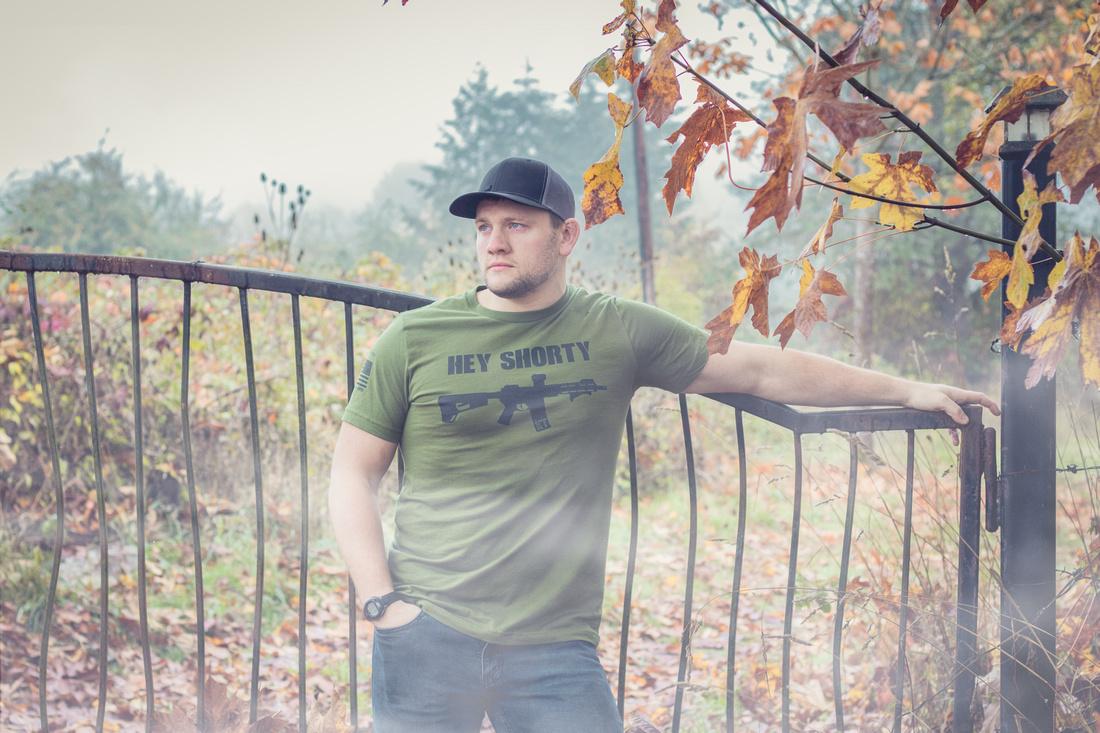 One of Kendall's MMA sponsors was the apparel brand Killer Tendencies. Late this summer Kendall and his sponsor took their relationship to the next level and Kendall became a co-owner of the brand (making it Facebook-Official on Sept. 25th ♥).  Killer Tenancies initially specialized in apparel influenced by mixed martial arts and Brazilian Jiu Jitsu.  With the badass sports influence, they are branching out and influencing their designs by all things badass.

This opportunity was super exciting for me as it would allow me to branch out of my photography comfort zone and further explore my creative side.  When Kendall expressed the brand image to me and the target audience my wheels started spinning.  Words like, "warrior minded", "athletic", and "layman" came up when Kendall described the target audience.  With about 10 years in retail under my belt, a business focused degree, and this passion for photography I was excited to work with Kendall and create some, ehem, badass photos.

Below is part of the "badass" collection for Killer Tendencies.

Photos below feature: Kendall Jackson (co-owner), Kenny Gee (Friend of these two ←  →), and Brady Lamb (MINE) 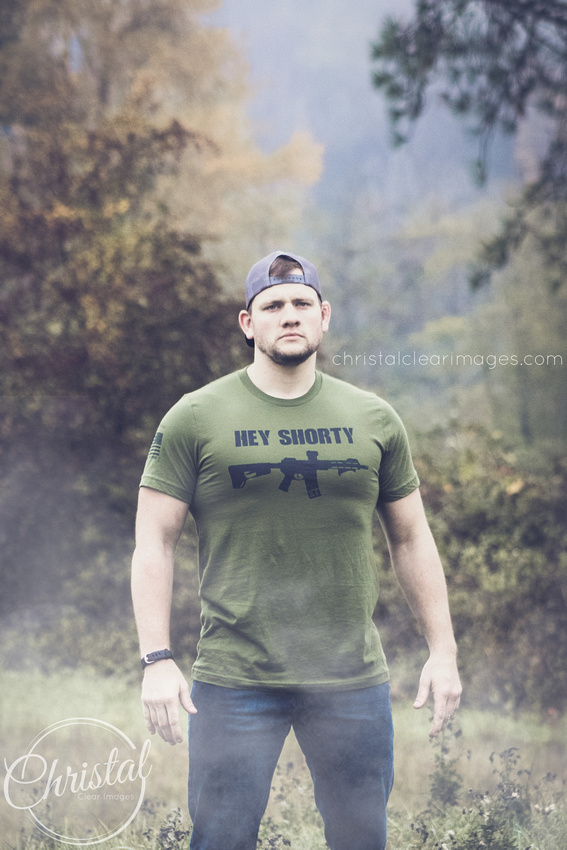 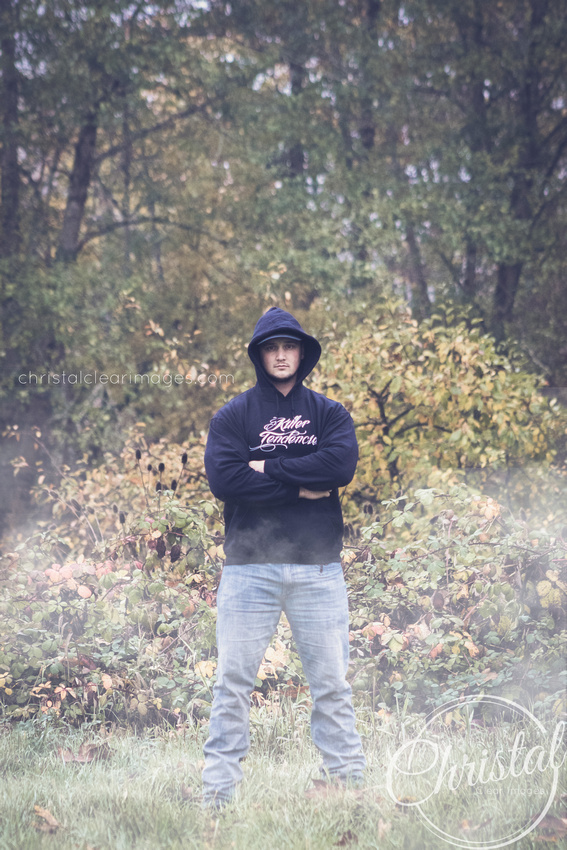 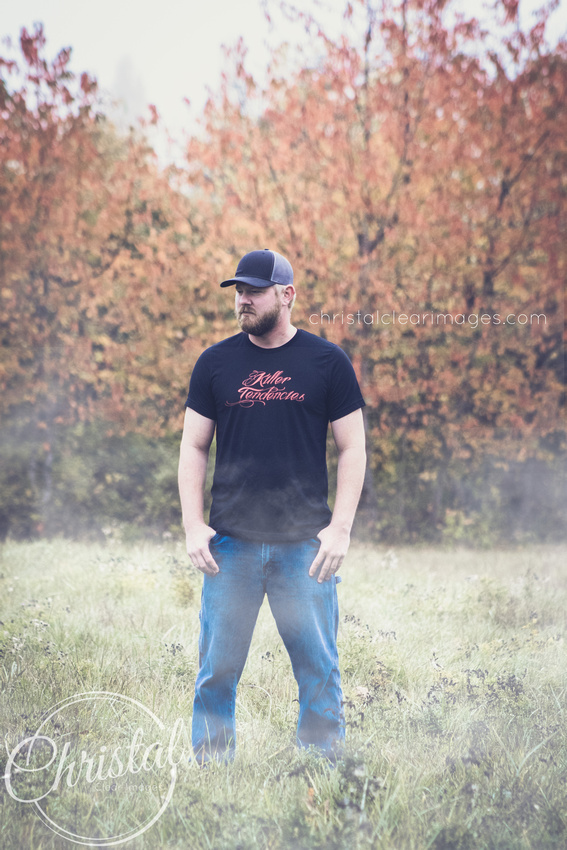